5 utility industry trends to watch this year Fracking, exports and storage, oh my 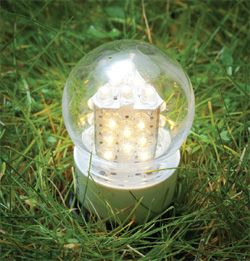 Amory Lovins was right. In 1989, the American physicist noticed a misprint in a report of the Colorado Public Utilities Commission: negawatt for megawatt (MW). He borrowed the word to describe power saved through conservation or efficiency measures, and argued that these were the best way to meet rising demand for power, both for businesses and the environment. The first global study of such measures shows how far they have come.

The report, by the International Energy Agency (IEA), says that investment in energy efficiency is large and growing: $300 billion in 2011 by companies and governments in 11 countries. That is the same as total investment in electricity generation from oil, gas and coal, though less than investment in renewable electricity plus renewable-energy subsidies. But it saves more in emissions of carbon dioxide than all the spending on renewables, and pays for itself.

As a result, says the agency, “avoided energy”—the difference between the amount actually used each year and the amount that would have been used had there been no conservation since 1974—is now equivalent to two-thirds of annual consumption. That is almost as much as the world’s output of oil, gas and coal combined. The result has been a bonanza for energy-service companies, which advise other firms how to cut fuel costs. In America, these firms’ revenues grew by 20 percent a year in the decade ending 2011 to $7 billion.

Companies are responding to high oil prices which stimulate energy savings everywhere, although energy subsidies dull this effect in some countries. But Robert Tromop, head of the IEA’s energy-efficiency unit, says that regulation and technological innovation matter just as much. China, for example, is tightening its vehicle-emissions standards, boosting sales of fuel-efficient cars. It also requires that all new coal-fired plants with a capacity of over 600MW be “supercritical” ones that are about a third more efficient than traditional designs.

Fridges used to consume more energy than televisions. Now, TV sets consume more because they have got larger, whereas fridges have got more efficient, partly in response to government energy-saving targets. The market for “smart” appliances, which save energy by switching themselves off when not needed, is almost doubling every year.

Regulations impose costs as well as save them. But when the IEA examined the impact of efficiency targets on Japanese consumer goods, it found the benefits—lower running costs, more innovation—outweighed the extra burden. Efficiencies spurred by regulation will not create a low-carbon energy industry by themselves. But they do more to meet the goal than is usually recognized.