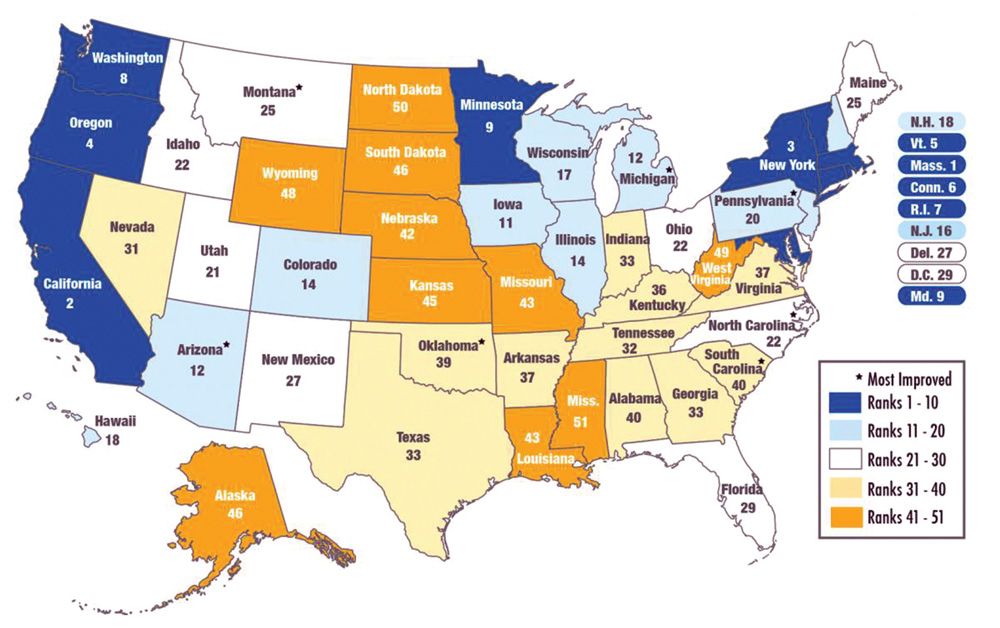 Last year brought about a number of interesting developments in the energy industry. Here are five key trends we’ll be watching closely in 2014.

More than half of U.S. states have now officially enacted quantitative energy efficiency targets, and around 30 states offer concrete incentives to utilities that drive reductions in energy demand. Yet even more states have instituted a framework for severing the tie between utility energy sales and revenue, thereby removing the disincentive for utilities to help electricity and natural gas customers lower their bills. Mississippi and Louisiana are the latest players to join the energy efficiency policy landscape.

Across the pond, European member states recently formalized their action plans to achieve an E.U.-wide 20 percent reduction in energy consumption by 2020, as part of a sweeping energy efficiency directive.

And in Asia—where it’s forecasted that more than half of annual global energy will be consumed by 2035—several countries are becoming more aggressive with efficiency policies. Japan, Singapore, China, and many developing nations in the region are finding efficiency to be one of the cheapest and cleanest energy resources at their disposal.

Natural gas and renewable energy chip away at coal
America’s energy portfolio is changing. Natural gas—along with clean power—is persisting in chipping away at coal’s segment of the U.S. energy generation mix.

Much of this shift is due to the expansion of oil and natural gas production here at home. Domestic natural gas production is projected to grow 56 percent between 2012 and 2040. And by 2040—if not earlier—natural gas will displace coal as the primary fuel for U.S. electricity generation. The shift is already under way: in November, the Tennessee Valley Authority—located in one of the top coal-burning states—announced its plans to shutter eight coal plants representing 3,300 megawatts of capacity.

At the same time, the share of renewable energy in the U.S. generation mix continues to grow rapidly.

Utilities are exploring ways to thrive in a distributed-generation world
How should a bakery respond when, each year, more and more of its customers want to start baking their own cookies?

Electric power utilities will confront a similar situation in 2014, as tens of thousands of additional homes and businesses will start buying less electricity from traditional retailers, instead opting to produce power from their own solar panels. Rooftop solar installations have reached a furious pace in the U.S.: a new system is now brought online every four minutes. And all other things equal, an increase in behind-the-meter distributed generation (DG) means a decrease in sales and revenue for utilities.

This DG-driven revenue curtailment could produce a frightening cycle for the power industry: reduced sales revenues could lead to less system-wide investment, which could lead to a less cost-effective electric grid, which could in turn lead to an increase in rates for consumers. That could drive more high-value consumers opting to produce their own power—which could all lead to further reduced sales revenue for utilities. You get the picture. Rinse and repeat, until the days of a centralized utility give way to a distributed generation world.

The challenge for utilities in the coming year will hinge on constructively participating in this trend, rather than sitting on the sidelines. An innovative pack of utilities are already seizing upon such opportunities which include utilities’ leasing solar panels to ratepayers and creating subsidiaries that install rooftop solar outside their regulated service territory.

In parallel to finding an optimal role in distributed generation, utilities are naturally suited to further unlock the potential of large-scale solar. It still accounts for the majority of installed solar electric capacity in the U.S., and it is set to take off in a big way in the next few years.

Smart meter infrastructure paves the way for dynamic pricing programs
In the last 6 years, the number of smart meters in the U.S. has grown more than sixfold. There are now more than 46 million smart meters installed nationwide—enabling real-time communication of energy data between customers and their service providers.

This trend isn’t about to slow down. Worldwide, the installed base of smart meters will triple from 313 million in 2013 to nearly 1.1 billion within ten years, according to a November report by Navigant Research.

But while smart meter deployments become widespread, dynamic pricing—which better matches energy supply and demand through real-time price changes—is not as prevalent. However, some utilities are emerging as leaders in applying dynamic pricing to better engage their customers and ensure system reliability.

Programs like Pacific Gas and Electric’s SmartRate and Baltimore Gas and Electric’s Smart Energy Rewards are at the forefront of the utility industry’s adoption of dynamic pricing. Their focus is on using time-varying energy prices to keep a grid-friendly balance between electricity supply and electricity demand, and on designing easy-to-understand rates and rebates that help customers manage their consumption in a personalized and energy efficient way.

Demand response will aid the grid’s transition toward  supply
Fundamental changes in the electric grid’s supply and demand profile are requiring utilities to think creatively about how to manage this transition.

On the supply side, deep investments in utility-scale renewables like solar and wind are bringing into focus the intermittency of these sources. It’s no secret that solar electricity production grinds to a halt in the evening, and that wind speeds often pick up after electricity consumers have gone to sleep. And on the demand side, the rise in electric vehicles—the most energy-intensive appliances in the history of the home—could put substantial pressure on the grid at certain times of day.

A mix of smart technologies, customer engagement, and demand response will help bring electricity production and consumption into the precise alignment that the grid requires to function properly. While innovative energy storage approaches may play a future role in managing this exacting dance between power supply and demand, other more proven and more cost-effective options will be required in the near term.

It appears that nimble DR mechanisms (e.g. dynamic pricing and real-time customer engagement) will become increasingly valuable assets for utilities as a low-cost strategy to manage not just weather-driven peaks, but also the day-to-day patterns associated with a cleaner and smarter electric grid.

Authors Dan Yates and Alex Laskey are co-founders of Opower, a privately-held company that partners with utility providers around the world to promote energy efficiency.