The next big thing: Community Energy Assessments Circle the wagons 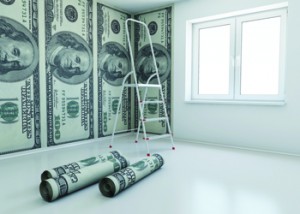 Energy is the single largest operating expense for commercial buildings, says the Environmental Protection Agency (EPA), but about 30 percent of building energy is used inefficiently or unnecessarily. For multifamily, it’s the third largest expense after debt service and salaries.

Coming down the pike, on the federal, state and local levels in cities around the country, is legislation that will require multifamily owners to benchmark, rate and disclose their properties’ utility usage. Some bills have been introduced and passed, others will languish and be reintroduced and still others will go nowhere. But the introduction of the legislation highlights the need to establish practical benchmarks that provide a frame of reference for apartment owners to compare their properties’ utility consumption to similar properties in their own portfolios, or like properties across regions, states, cities and submarkets. Regardless of public policy, lenders and investors continue to increase pressure on owners to also disclose and address utility and conservation issues within their portfolio. The clear trend shows that all stakeholders (lenders, investors and consumers) are demanding a deeper insight and action plan when it comes to utility usage and impacts.

Seattle, New York City and Austin have mandated such measures for multifamily that became effective in 2011. Seattle passed a first-of-its-kind ordinance that requires annual energy performance rating and disclosure in all multifamily buildings with five or more units. That law requires that apartment owners benchmark their properties’ energy performance, using the EPA’s Energy Star Portfolio Manager or a similar, yet-to-be-specified tool, and report performance to the city annually and disclose that information to current and prospective residents, potential buyers and lenders, upon request.

According to Michael Foote, regulatory and corporate counsel for NWP Services Corporation, Seattle’s disclosure mandates for now are tied to points-of-sale, but eventually will extend to point-of-lease.

“Energy benchmarking provides another piece of information renters can use to choose where they want to live. The point-of-sale requirement allows a potential purchaser of a property, who wants to know how efficient it is, a single data point. Without benchmarking, potential purchasers must rely on inspection of the infrastructure, anecdotal evidence, and review of the master meter utility bills and properties’ utility bills, to gauge efficiency on a per-square-foot basis, but that’s not the best comparison. Taking all of the information and trying to get it into a number from 1 to 100 will be far more useful,” said Foote.

Seattle’s legislation followed the mandates of other cities, yet is unique both in its broad applicability to all multifamily buildings and the breadth of disclosure requirements compared to similar laws in New York City and Washington, D.C. To better understand the implementation needs of the multifamily sector, Seattle launched a pilot program, the results of which are yet to be disseminated. New York City’s benchmarking program for commercial properties ties to point-of-sale and requires energy rating and disclosure, periodic energy audits and lighting upgrades.

“NYC is an interesting jurisdiction to look at because it has very active tenants” groups and savvy multifamily residents that have become attuned to being billed separately for utilities in lieu of direct utility billing through their rent,” said Foote. He notes that one piece of legislation in 2010-2011 relating to multifamily utilities was introduced by a tenants’ group prohibiting multifamily owners from billing separately for heating and cooling costs, unless they upgraded all of their systems.

“That was an interesting way for the tenants to try and get owners to upgrade, and their thinking was, when a tenant is billed separately, the owner has no incentive to upgrade their systems, because they are externalizing those costs. But the legislature told the tenants their bill was the wrong way to go about mandating upgrades. They said, ‘If you want to mandate these things, you should do it in a bill that says buildings must meet certain energy standards instead of prohibiting what is otherwise a fair practice for owners that do have good systems.’ The legislature painted the tenant’s bill as throwing the baby out with the bath water,” said Foote.

California proposed a mandatory benchmarking bill that would require commercial building owners to disclose benchmarking data to prospective tenants, buyers and lenders. The mandate is not tied to a specific tool, nor does it specify how to perform the benchmarking. But, for now, most property owners are using the EPA’s tool, because it is to only tool available to them, said Foote.

California did not pass the introduced legislation, but Foote believes that, when it is picked up again, it will be expanded to include multifamily properties in order to help meet state-wide reductions in energy consumption mandated by 2020.
Austin’s ordinance, passed in 2008, requires energy rating and disclosure of commercial buildings and single-family homes, and mandatory energy audits for multifamily buildings. The law further mandates retrofitting buildings for electric, heating and cooling if they perform badly in the audit.

Foote points out that the onus to benchmark and disclose is on the seller, but as much as it seems like a burden and a challenge, it’s also an opportunity. Armed with comparison information, owners who are pushing green initiatives or green buildings can differentiate themselves from the competition.

On the other hand, he says, those who will be hurt are owners with aging systems who want to sell their properties. “They no longer will be able to hide their performance behind fuzzy disclosures and square-footage comparisons that could be misleading depending on when the property was constructed and what sort of energy and heating and cooling systems they have,” he said.

Meanwhile, the federal government proposed legislation of its own—the American Clean Energy & Security Act—in 2009. This legislation passed the House, but died in the Senate. The Senate refused to discuss any climate change legislation until 2010 and the bill never resurfaced. The proposed legislation would have mandated efficiency in both commercial and residential construction with ties to specific federal projects.

“The proposed act required that buildings that meet national building codes, and the energy efficiency targets, would be required to obtain a 30 percent reduction in energy use, relative to the baseline. The act had targeted 2014 for residential, and 2015 for commercial and, beyond that, would shoot for a 50 percent reduction against baseline. And, in each three-year period after those two time periods, an additional five percent reduction target would be added until 2029 and 2030, respectively, for residential and commercial buildings,” said Foote.

“Legislatures on the local, state and federal level realize the value of compiling this information and giving a numeric value to efficiency at properties. And legislatures are copycats. Some are fast adopters and some like to let it play out for a year or two, or maybe longer. But they shouldn’t take too long, because adoption is spreading across our land. The trend is that we foresee these bills being introduced in more states in the coming years,” he said.

In addition to mandated reporting and disclosure from regulatory agencies, investors and lenders are increasingly requiring owners to address their energy footprint. As more money flows into the U.S. market from abroad, where such initiatives are already in place and the impact has been proven, so follow the demands and expectations of the investors. Owners and operators no longer get by with simple financial reports. Investors and lenders are asking “how does your performance compare to the market, and what are your plans going forward?” Unlike the simple reporting measures, investor demands are expanding to include action plans and established programs to ensure a constant focus on improvement and maintaining a competitive edge as consumers become more knowledgeable about evaluating the total cost to rent.

Author Wendy Broffman in a business correspondent for Multihousing Professional magazine, and previous real estate journalist for the Crittenden Report.