The digital life Feeling good inside

Submeters in the balance 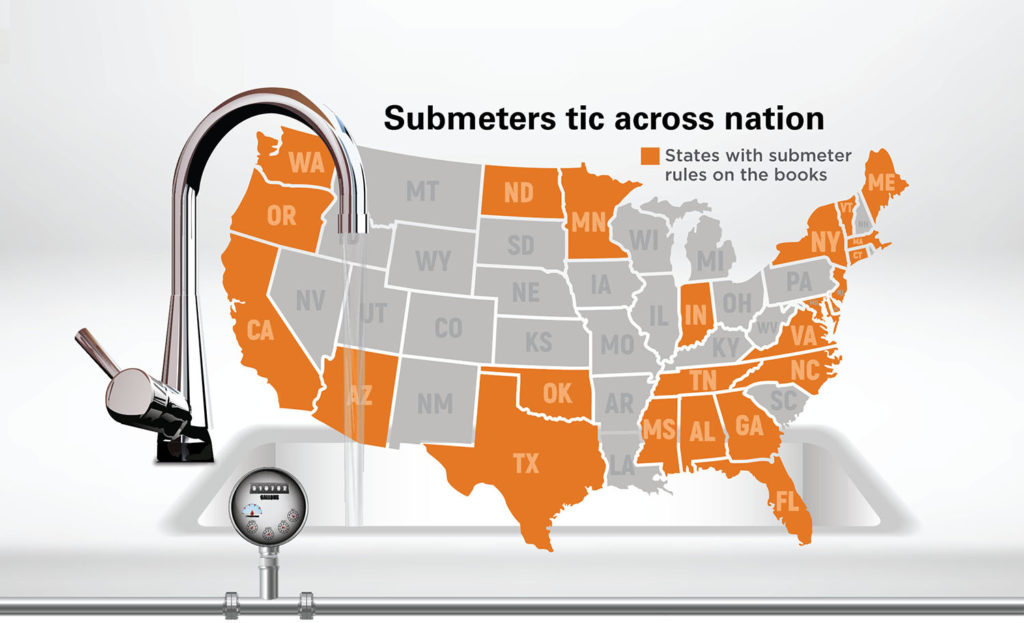 A little more than a year into California’s mandate of submetering on all new apartments, water conservation continues to be a hot topic.

Effective Jan. 1, 2018, California SB-7 took effect and dashed the future of master metering. All new apartments are now required to meter individual consumption and provide billing on each unit. The law is part of an ongoing effort to monitor usage in a state that has been battling drought off and on for nearly a decade.

No official data has been released on the impact of submetering of multifamily, and its effectiveness may have been clouded by another year of taxation on water usage resulting from the drought.

While it had no specific apartment data, the California State Water Resources Control Board said that, of 88 percent of suppliers reporting, more than 291 billion gallons were saved in 2018 compared to the consumption in the pre-drought benchmark year of 2013. In December 2018, statewide potable water savings reached 18.4 percent compared to December 2013 potable water production for the 360 suppliers reporting.

But daily residential use (including indoor and outdoor) in 2018 was an average of 91 gallons per capita, slightly above 2017 usage. Overall consumption spiked in Southern California early in the year, and the state’s total reservoir storage was down compared to the end of 2017, according to the U.S. Department of Agriculture’s Natural Resources Conservation Service.

According to the USGS, California uses more water than any other state. Each Californian uses 181 gallons of water per day.

Last year lawmakers tightened the spigots even more, some of it aimed at multifamily.

In January, a code change from water conservation measure Senate Bill 407 went into effect to enforce the use of water-efficient plumbing fixtures—toilets, faucets, showerheads. If original fixtures are in place for apartments built before 1993, operators could face big fines.

By summer a law was signed that, effective in 2022, limits individual water consumption to 55 gallons per day; in 2030 it will fall to a limit of 50 gallons per day. Water districts that don’t comply can face up to a $10,000 daily fine.

Submetering is widely regarded as raising consumer awareness which leads to conservation and dramatically reduces consumption.

Industry veterans say that submetering is not only beneficial for water conservation in California but it can reduce utility costs and enhance the resident experience in any part of the country.

Submetering provides a rich set of data that can be translated back to the apartment operator and resident, identifying potential waste or leaks. Success stories where apartment operators have cut the total water consumption of their properties by 50 percent by switching from master metering to submetering are not uncommon.

That kind of success creates submetering evangelists who actively spread the word on the savings to be had to other owners and operators seeking efficiency improvements.

Water usage in apartments will remain in focus, at least in California. The State Water Resources Control Board is considering mandatory monthly reporting and has begun streamlining the reporting process. The board also plans to draft regulations for water loss control. 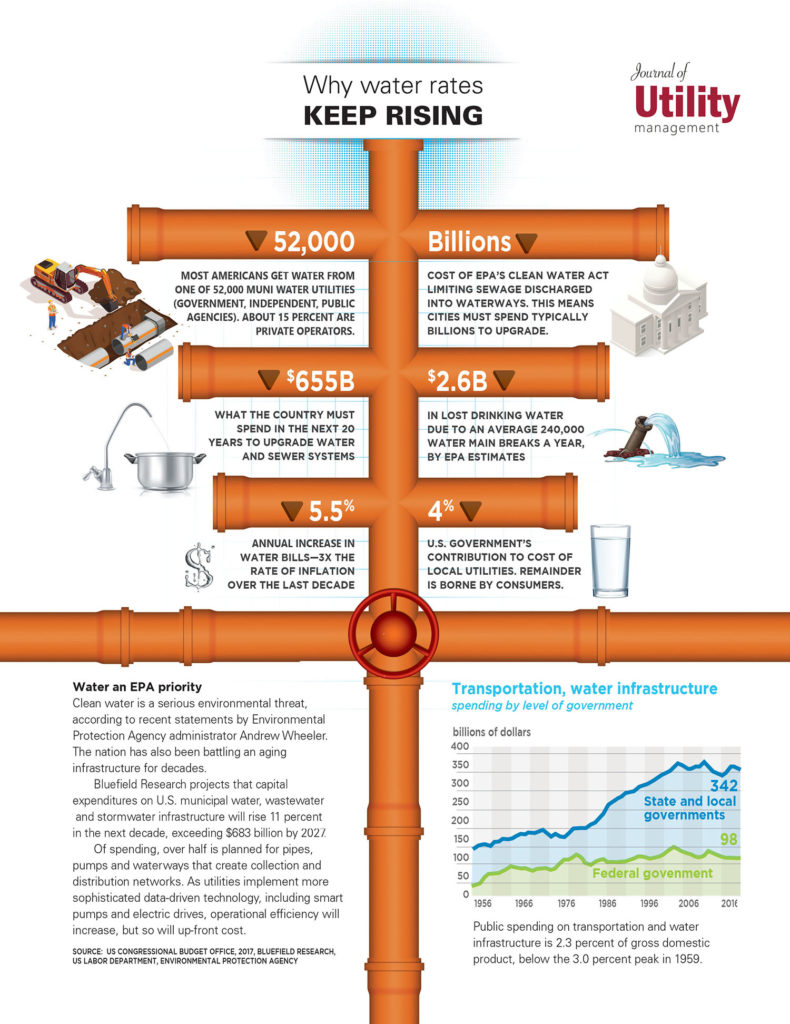