Just do something…to start The true cost of water 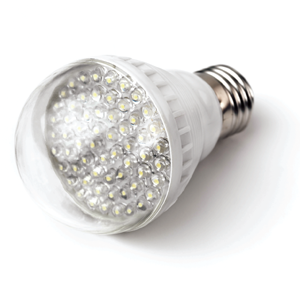 Northwest power utilities have been pushing for energy conservation. It’s a way they can keep up with their customers’ future demand for electricity. There are plenty of incentives if you buy an energy efficient appliance. But these days, utilities are finding more inventive ways to promote awareness.

Keith McIndoo and ten of his family members recently enjoyed a Saturday night in style. They were chosen from among thousands of contestants to get free food, drinks, and an RV complete with four big screen TVs for one night. A furnished tailgate party for McIndoo to watch his favorite team-the Boise State Broncos.

“I was pleasantly surprised because I’m a big BSU fan,” McIndoo says.

All the free stuff came from a contest by the Northwest Energy Efficiency Alliance. It represents energy producers and utilities that want customers to save electricity.

The alliance got McIndoo and others in the Northwest to “like” it on Facebook when they entered the giveaway contest. That gives the utilities access to thousands of people they can reach with tips and encouragement to save energy.

You might wonder why power companies want to sell less electricity. It’s because reducing demand may be the only way for utilities to meet their customers’ energy needs twenty years from now.

Ty Stober represents the Alliance. He puts the importance of energy savings into perspective.

“If we were able to switch all of the televisions in the Northwest to the most energy efficient models available today,” Stober says, “we would save enough energy to power 290,000 homes in the Northwest.”

Stober’s group isn’t the only one turning to social media and contests to encourage consumers to cut back on electricity. In Washington state this year, the Chelan Public Utility ran an energy-saving contest. It is awarding a prize to the customer who can save the most energy.

The Environmental Protection Agency is also using social media to promote a contest to accelerate energy efficiency. Its Battle of the Buildings competition is using social media tools like Flickr and Twitter to encourage landlords to update their apartments and commercial buildings with energy-efficient toilets and solar panels.

That’s also the approach behind a Northwest contest called the “Kilowatt Crackdown.” Commercial building owners in Portland and Boise that take part can use online tools to compare their energy use.

Utilities are convinced these efforts can pay off by helping them avoid the need for new power plants.

“So, to the degree we can use those kind of programs and implement those more cost effectively than going out and building new physical generation resources they are a good deal,” Stokes says.

Idaho Power just finished a 300 Megawatt gas fired power plant this past summer. The utility’s 20-year plan calls for just one more plant to be constructed. That would be finished by 2025.

But Idaho Power doesn’t have any other large power generation in its plan to meet electricity demand for the next 20 years. That might be surprising, considering that it expects demand to nearly double in that time.

Idaho Power has looked at the costs and challenges that come with generating more electricity by burning coal or gas, harnessing nuclear power, or capturing the natural energy of wind, the sun, the earth or hydropower. And it’s looked at the benefits of conservation.

Idaho Power is not alone. Says Stober: “Energy efficiency is a great way for us to make sure that we’ve got power resources covered going into the future.”

But are the utilities’ contests and social media messages working?

McIndoo, the tailgate party prize winner from Idaho, says he just bought a new energy efficient TV. Not because he was urged to but because it just made sense financially.

“Just with the economy the way it is-anything you can save these days is a blessing you know,” McIndoo says. “A penny saved is a penny earned.”

Now there’s an idea that may pay off for individual customers and big utilities alike: saving on the power bill.

One Response to Utilities turn focus to energy efficiency